Journal of the Academy of Arts (DS) | Nintendo’s life

For DSi owners, Art Academy will be a familiar sight. Last year we saw Art Academy: First Semester and Second Semester, a set of art tools from Nintendo. While the first half received positive reviews, the second half was criticized for being “less of the same”, resembling an overpriced expansion pack rather than a second release. Now Nintendo has compiled both games into one retail release and it looks like an improvement.

There are five different sections here: Lesson, Free Paint, Demo, Gallery, and Camera. Art Academy isn’t just a drawing tool for the DS: it aims to teach you all about painting and a variety of drawing techniques, ranging from basics such as brush strokes, creating the illusion of depth and depth. shading to more advanced skills such as multiple layers and aerial perspective. For anyone looking to develop their artistic skills, this is great because the techniques you are taught in-game can also be applied in real life. It won’t make you a pro but it will give you a good experience.

In each lesson, you’ll always be drawing a specific piece of art, a wise move on Nintendo’s part, otherwise they could soon get pretty boring if you don’t create anything. The lessons are broken down into several stages, each requiring you to draw a different part of the painting, gradually building up to the finished piece. Structurally, it’s pretty good because it takes a slow but steady approach that can make the lessons last quite a long time. While they sometimes feel clear and quite fun, they can sometimes drag on, which can annoy some who want to move on. 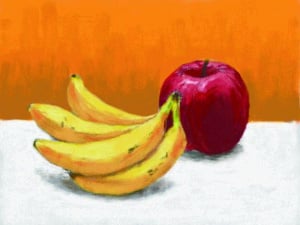 Throughout the stages, you are guided by an in-game teacher called Vince. A very talkative teacher, you’ll often see him go into detail about each step while occasionally providing famous art examples as a frame of reference and also creating his own version of the picture you draw at each step, which can be used as a reference, which can be very useful to users.

However, there are a few problems with Vince’s teaching. One of them is that Vince will almost always show you the tools you need: this is normally fine, but when you equip those tools yourself, they are clearly highlighted in yellow, making his demonstration rather pointless. . Another issue is that once you get into the drawing itself, Vince provides little help other than a few pointers in the menu, leaving the interaction between those parts rather minimal, which can be annoying.

There are also mini-lessons throughout the game, which begin to accompany the main lessons in lesson four. These lessons will require you to use similar techniques in your drawing to the lesson they accompany, but in these, Vince gives you no guidance. Some may see this as an opportunity to apply their new skills to a new piece, but others may see it as rather pointless as you could just do the same thing in Free Paint mode, just for a whole range of images and not just one or two overall choices. 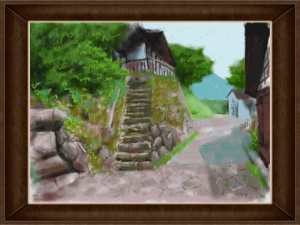 New to the retail version is the Demo Lesson, which can also be downloaded from the Wii’s Nintendo Channel and sent to a friend via DS Download Play. Rather than offering the first lesson in the game as other companies often do with their game demos, it’s more of a completely original creation. The lesson will walk you through the basics of the Art Academy, show you the different tools available, and teach you how to draw an apple. There’s not much here that seasoned Art Academy users will find interesting, but it’s still a nice little inclusion.

Once lessons are completed, they have little replay value and you are unlikely to want to play them again. After completing the lessons, you’ll likely spend most of your time in free paint mode, where the game holds most of its replay value. This mode lets you freely draw whatever you want with the full set of artistic tools at your disposal, a nice change from the lessons. Drawing, naturally, is fun and can occupy your creative side for long periods of time, with a wide range of reference photos available to base your drawing on. DSi users also have the ability to take photos from the camera and use them in Art Academy as reference photos while drawing.

The art tools you’ll use throughout the game are surprisingly impressive, as they feel quite precise and responsive, making excellent use of the DS touchscreen. They look more like real art tools than many other art programs, and don’t just give you shortcuts like adding shapes from a toolbar: all the work done in the images is yours, down to the smallest detail. 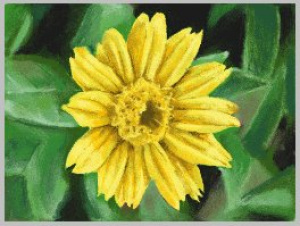 There’s a nice variety of tools at your disposal, such as the different style pencils and brushes, the ability to blend paints, a zoom feature for more details, the ability to just use water to blend colors, etc. Although unfortunately you cannot trace images, there is an option to use a grid to draw a more accurate image based on a reference image, which will be displayed on the upper screen.

Once an image is complete, you can then save it to the Gallery, from where it can be viewed at any time and even put into a slideshow. Unfortunately, Nintendo didn’t include any ability to share your photos outside of the game, either allowing users to share their creations via an online gallery, or allowing DSi users to transfer them to an SD card, which is quite disappointing.

For those of you who purchased the original two DSiWare titles, Art Academy doesn’t offer enough new content to warrant a third purchase. However, the retail version fixes several issues plaguing Second Semester by combining the two lessons, delivering an overall improved product. Those with only a casual interest in art might not find the lessons much appeal, but for those looking for something a little more than a new drawing tool with the DS , Art Academy is top of the class.